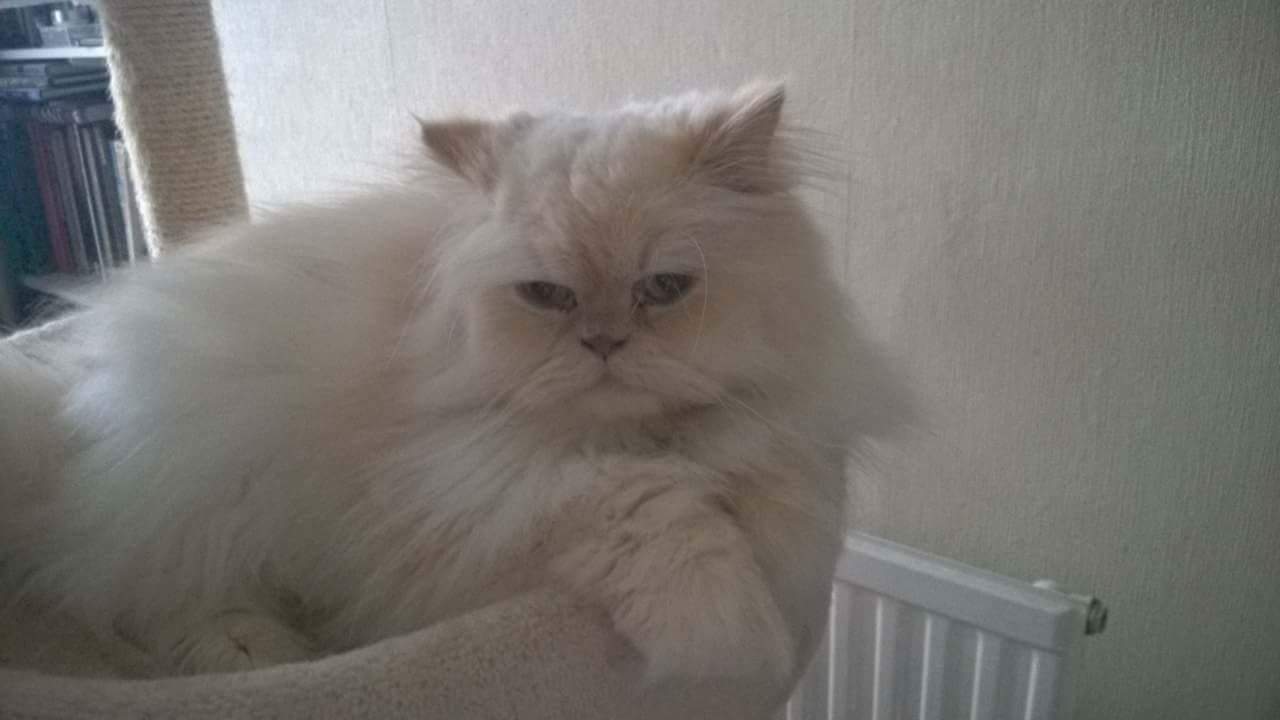 Edward was found wondering the London streets un neutered, thin and very matted. It appeared he had been wandering the streets a while, the vet who called us and some helpers who collected him wondered if he was a stud cat, no longer useful for breeding as his condition was so very poor.

Edward was taken to the vets but no body claimed him so strawberry were very happy too rush to collect him (Lynette to the rescue!) where he lived in our study, ate lots, got neautered, FIV/FELV blood tested, his matted dirty fur were shaved off and all the care he needed to recover in fosterers home.

His new mom feels very lucky to have found edward as he is such a lovely boy – this is what she says….

Edward has lived with us for almost a year now, so we thought it would be a good time to update you on his progress.
When we look at him it hard to believe it is the same cat – a year ago he was shaved and skinny. Now he has a handsome, thick coat and is definitely not skinny!
He is very happy here and is devoted to his human dad, as you can see he likes to help with his computer. He also likes getting visits from his aunties and uncles, particularly his favourite Auntie Alison.
He loves to play with his cat brothers Hektor and Socks and he is very protective of his cat sister Princess Lilly. His other favourite games are running and ball, particularly the ones mummy gets from Wilkos. He loves his food, thinks he can eat anything his dad does and enjoys a treat at the weekend.
We feel very fortunate to have adopted Edward and become part of Strawberry friends and volunteer team.
Love Julie and Ray
PS Julie and Ray do transport and donate their petrol costs, they also help online.
Another Strawberry has just joined their home !