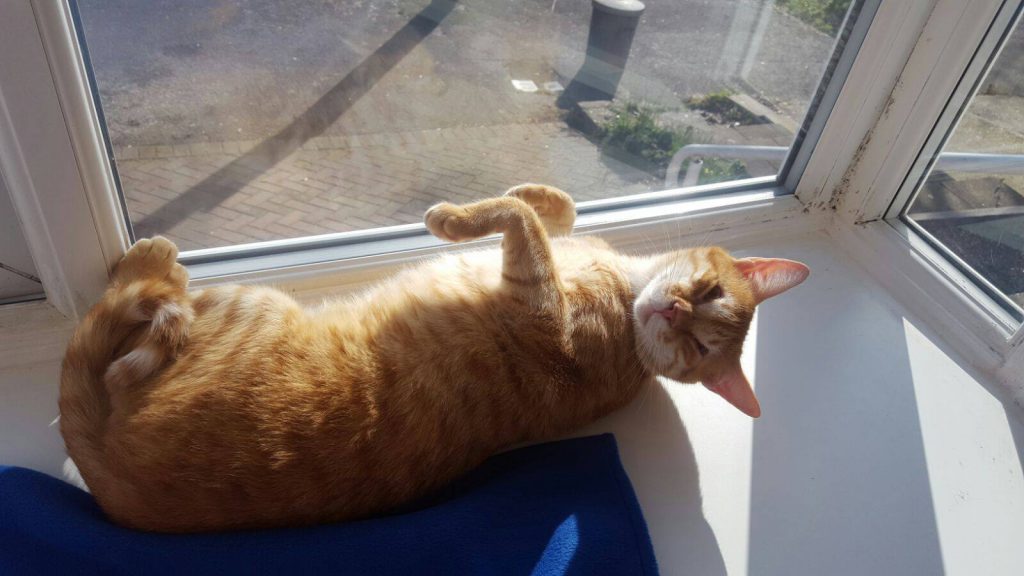 Lovely Lionel made it onto the Strawberry list as he was born with disfigured eyelids. He was lucky to be saved by a rescue with Bex/Kate, as he would not have survived on the streets. He had some surgery in Qatar to help his deformed eyelids, which our vet was impressed by, it was great they had done that as by the time he came the swelling was down and our wonder vet Marta did a little more to allow more light into his eyes, which seemed to work! His new mom thinks he can see more and no running into walls from day one of the new surgery! It is hard with eyelid surgery to not do too much, but to get as much light into congenital non normal eyes (they can have cataracts and the internal structure is not perfect) – like with Muffin.

He is missing helping Richard with his decorating and he was very interested in hearing that although he got blamed for paint blobs on the floor that Richard has done more since Lionel left!!! So it was not Lionel’s fault at all – all Lionel was doing was sharing the ladder and pushing paint brushed off the platform!!!

He says thanks to his rescuers in Qatar, his fosterer in Qatar who he loves very much, and to his rescuers in London at Strawberry, especially his mom at rescue, who spent hours and hours everyday with him on her knee. He says he never forget you all who helped, but he is very happy and he has the bests family in the WHOLE world!