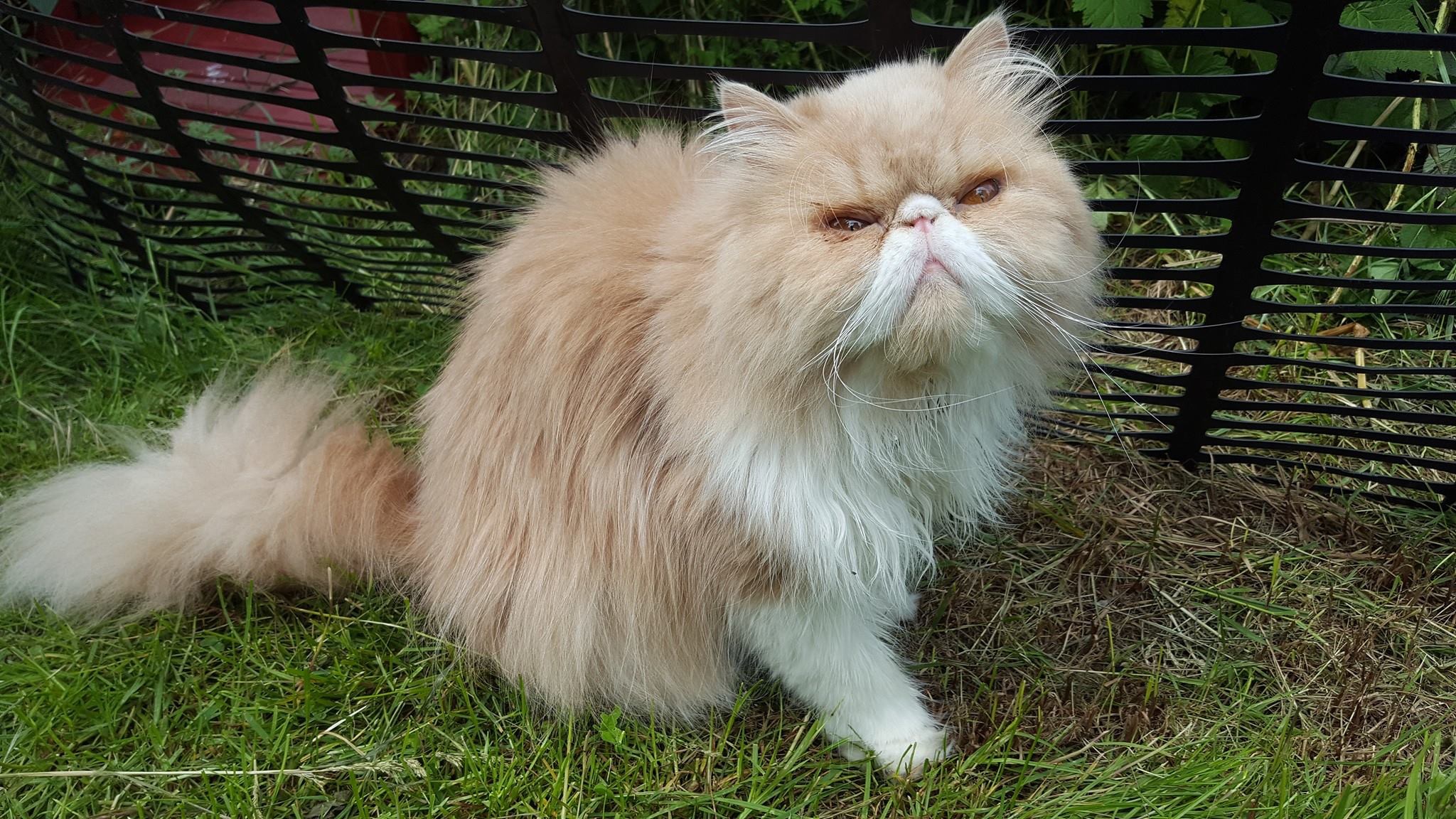 JULIUS now Nugget shows how magnificent he looks with the love snd care of Lottie and Olivia. His nana home full time with him. He iz very happy and love by his family.
This is what his mum says about nugget. Little Nugget came to us as a companion cat for my kitten Phoebe. Luckily Strawberry suggested him as a good match for Phoebe as she can be a little cantankerous. He is a ultra non dom, very friendly and trusting little man who is so chilled nothing phases him, even being hissed and spat at by Phoebe. He just yawns. He came to Strawberry in a bad state amongst others from a breeder. Barely litter trained, he had urine stained feet, matted fur, scrawny and in poor condition. Poor breeding meant he had a tiny nose which he could barely breathe from. Stawberry funded a nose op. I followed all of Strawberries advice and he has since blossomed. Despite his poor start in life he is a lovebug who loves attention and when he doesn’t get up, jumps up and climbs up your clothes to nestle on your shoulder. He is a calming influence when I foster other strawberries and walking up to the pen to say hello and if they hiss, well, he’s not bothered.