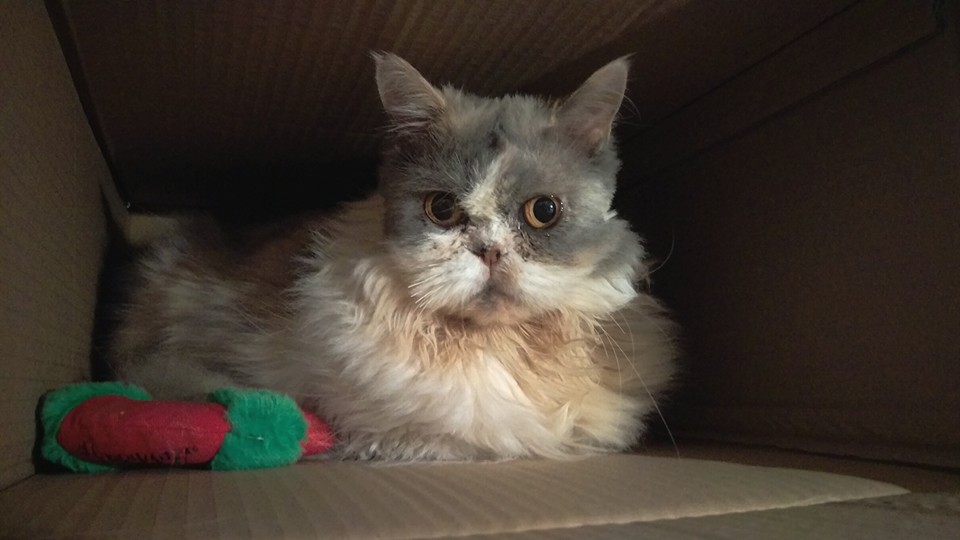 Diddy (Now Mia) was advertised on one of the online classified adverts for free or £10. When we collected her, she was emaciated, infested with worms, fleas, covered in scabs and poop.  She had been used for breeding at every opportunity and had recently had kittens, which we believe probably would have died.

We fought to save Mia as she was dying when she came to us, she had diarrhoea and was vomitting. It was touch and go as to wether or not she would pull through and after weeks of sleepless nights, trips backwards are forwards to the vets, she pulled through.

She was adopted in September 2015 and lives in Lincolnshire with her new mom, two other cats and two dogs. She has settled in really well and has gained weight and is content in her new home.